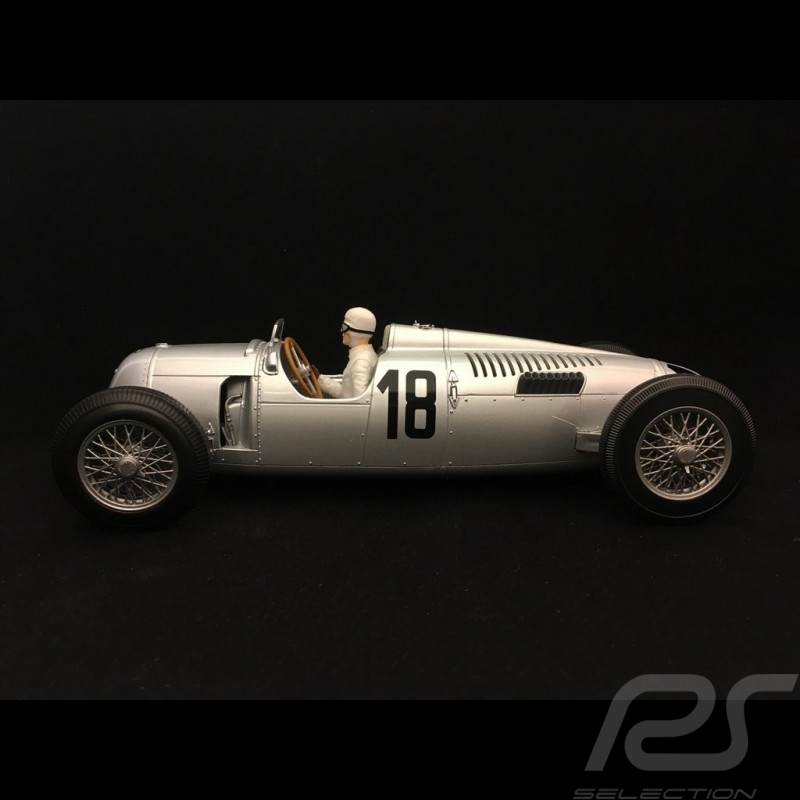 To promote their products, Auto Union ordered Ferdinand Porsche to design an extraordinary race car. This Auto Union was a revolutionary car with a rear central 16-cylinder engine, overhead camshaft, supercharged by a Roots compressor. The rear cantilevered box had five speeds. The front suspensions with pulled wheels and transverse torsion bars were those of the VW and the 356. Similarly at the rear, there were oscillating half-axles.

The 1936 C-types had an improved chassis and a 6006cc engine developing 520 hp at 5,000 rpm. Thus modified, the Auto Union won seven of the thirteen grand prix of the season 1936, allowing Bernd Rosemeyer to glean the title of European champion. In all competitions, the Type C has become for eternity one of the most award-winning German competition cars, in spite of its oversteer character, aggravated by the narrow tires of the time and the enormous power available, which only three pilots succeded to tame: Tazio Nuvolari, Hans Stuck and Bernd Rosemeyer.

Its rear central engine architecture allowing for almost perfect profiling, it was modified to make it a record car. The whole world was then passionate about this crazy race for speed, which only a fatal accident could have interrupted. Bernd Rosemeyer so entered the legend when, launched over 400 km/h on the new Frankfurt-Dorrnstadt motorway, his Auto Union flew off and broke through the trees. This glorious end and the numerous victories of the Auto Union contributed to the development of the Porsche myth : the one who builds terrible cars.