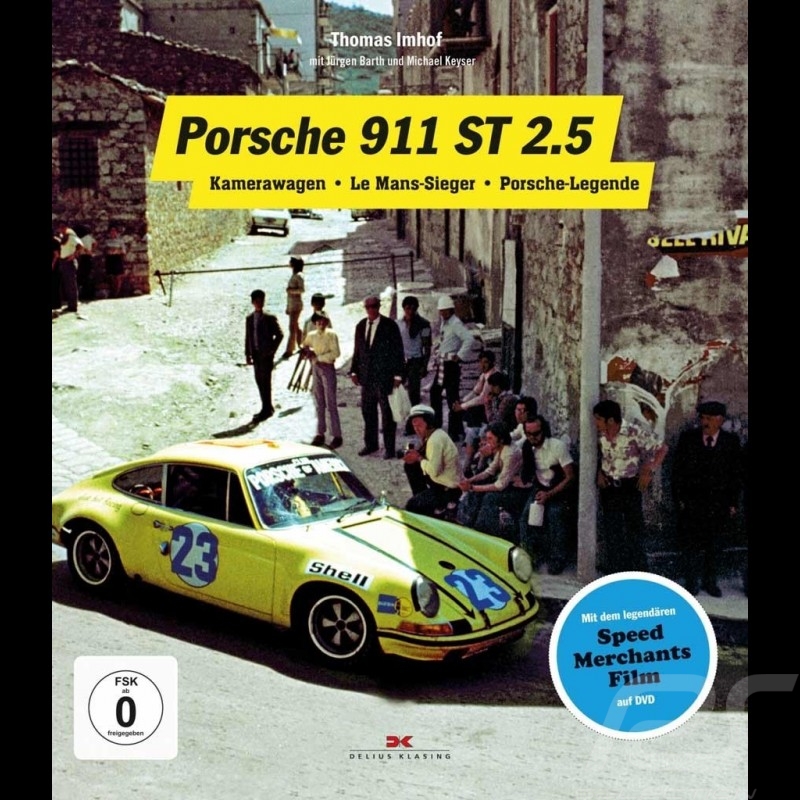 Daytona, Sebring, Targa Florio, Nürburgring, Watkins Glen, Le Mans - these are just a few stops in the incomparable success story of the Porsche 911 ST 2.5 with the chassis number 911 230 0538, which the drivers Jürgen Barth and Michael Keyser won in 1972 for the GT class Driving sports car world championship.

Later, the light yellow painted Porsche racing car with the two arrow-shaped black stripes on the hood was considered lost for decades. It is only thanks to the tireless detective work of automotive journalist Thomas Imhof that the famous 911 was rediscovered in San Francisco in May 2013. Completely corroded and in dire condition, it fell into the hands of the Porsche Classics factory specialists and was restored to the original with love and passion down to the smallest detail. The extensive volume Porsche 911 ST 2.5 traces the history of this unique restoration object for the first time without gaps - from the hour of birth to his active time with numerous racing successes to the spectacular resurrection.

The biography of the bright yellow Elfer ST is not only brought to life through original documents and private photos of its former pilots. The Porsche rarity was also on camera at three races in 1972 and captured breathtaking pictures for "The Speed ​​Merchants" on video. The ninety-minute documentary is included as an extra on DVD and offers exciting insights into racing in the early 1970s. A must for racing car enthusiasts and fans of the rare ST 2.5!