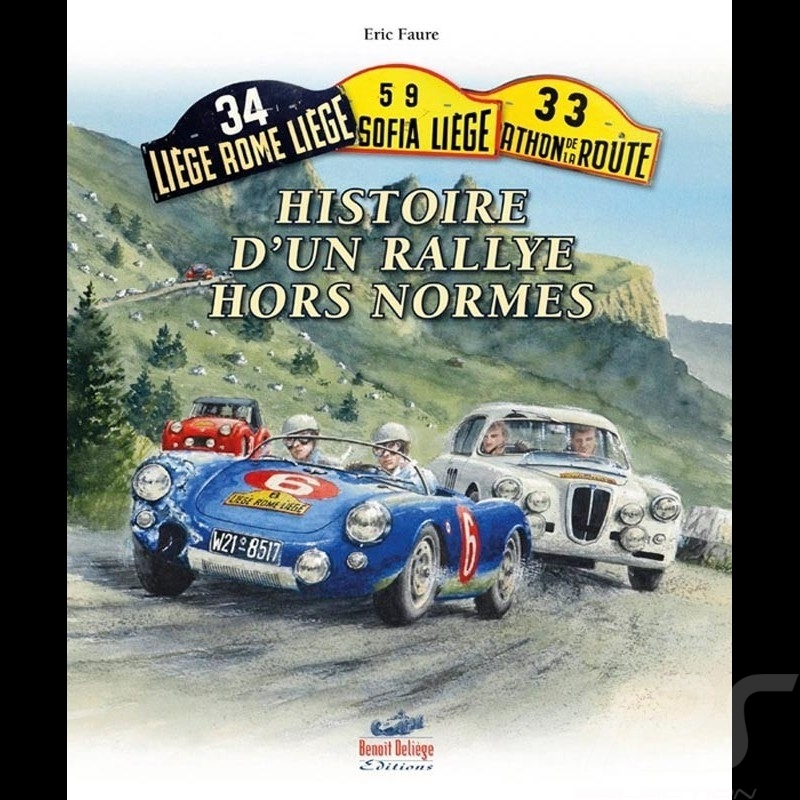 450 illustrations & documents from the era

450 illustrations & documents from the era

Liège-Rome-Liège, Spa-Sofia-Liège, Road Marathon: these names resonate in the ears of all enthusiasts, but even more to those who have experienced an endurance test like no other.

Four days and four nights without respite to reach Rome - then later Sofia - and return to Liège, crossing the most formidable passes of the Dolomites and the Alps, on roads that looked more like stony paths than in modern departmental roads . If there were many who dared this formidable adventure, very few managed to meet the deadlines, giving up pursuing through discouragement, exhaustion, accident or mechanical breakdown. The glorious survivors, sometimes eight or ten out of a hundred or so runners, were welcomed as heroes at Spa.

They came from all over the world to take on this relentless challenge aboard a barely modified sedan, a shiny, meticulously prepared GT or an improbable prototype. All had only one idea: to try to put their name on the list of this monument to motorsport that the British respectfully called "The Liege".

Road traffic and the growth of tourism finally got the better of this extraordinary competition which ended on the legendary Nürburgring circuit, after thirty memorable editions of which all the participants are cited in this book with the lists of participants and full rankings.