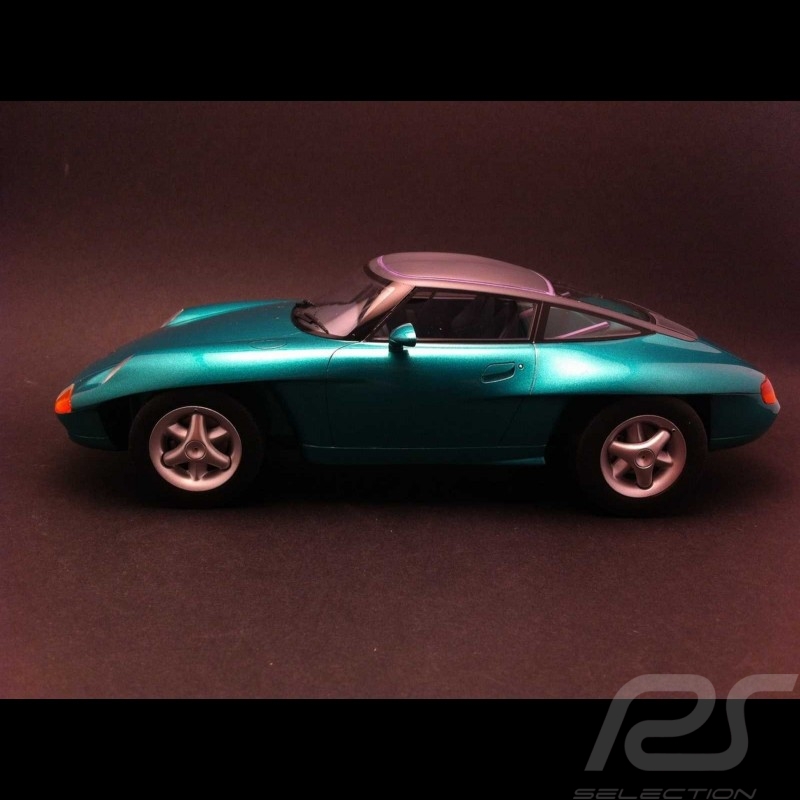 The Porsche Panamericana is an automobile produced by Porsche AG. It was designed by Dutchman Harm Lagaay (designer) and Ulrich Bez (technical director) to renew the design of the 911. Lagaay was known for his work in Porsche's Weissach R&D center from 1970 to 1977 as a member of the Anatole Lapine design team that designed the 924.

The Porsche Panamericana was intended to be only a concept car, and although Lagaay hoped that his creation would be produced at least in small series in 1992, the growing financial crisis at Porsche put an end to his wishes. However the car had an influence in the development of the 911 Targa and Boxster. The Panamericana was shown at Frankfurt Car Exhibition, after a development period of only six months.

It was built on the basis of the 911 Carrera 4, its bodywork was built with plastic and carbon fiber panels. An outstanding characteristic of the car were its wide wheel covers with the objective to have enough room for various sizes of rims and tires, so if necessary it could be transformed in an off-road car.

The three part Speedline rims were made exclusively for this model. The roof line was homogeneously streamlined and sloped gently towards the rear engine deck. It could be covered with a waterproof fabric with a pink zipper. Various roof configurations were possible and the car was in fact an hybrid of a targa, convertible, coupe and off-roader.

When viewed from the front its style has a resemblance with the 996 and Boxster—as could be expected, since Laagay also has designed the Boxster. In spite of its unstreamlined wheels, its aerodynamic drag coefficient was only 0.30 (source Wikipedia)