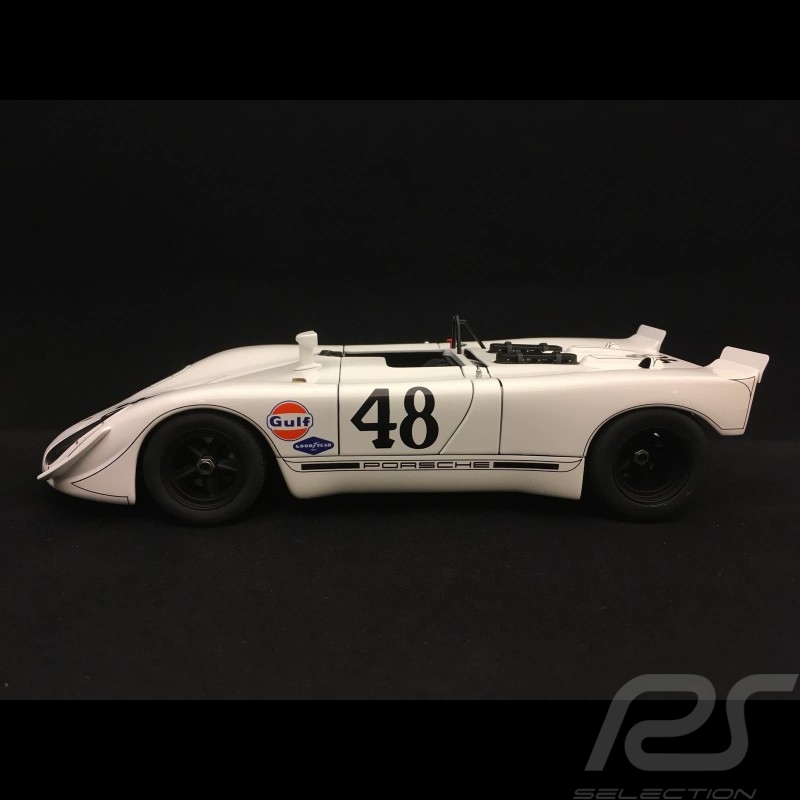 -40%
Print
Notify me when available

Steve McQueen's debut in competition with the Porsche 908 is marked by victories and lap records for his first three races at Holtville, Riverside and Phoenix. The actor, supported by the well-honed racing team of the Porsche importer in California, Johnny von Neumann, decide then to participate in his first international race: the 12h of Sebring. Among his competitors one can find the greatest drivers of the time, such as Mario Andretti, Jacky Ickx, Jo Siffert, Francois Cevert or Pedro Rodriguez. So McQueen teams up with the F1 driver Peter Revson, who has nothing to envy them, as a driver, and whose destiny offers some similarities with that of the actor.

The Porsche 908 is much less powerful than the monsters of the official teams like Porsche or Ferrari, so they decide to apply a wise tactic, leaving the others exhausting themselves over the hours, and preparing themselves to give everything in the final sprint . After a hard race for mechanics and a Homeric brawl at the front of the race, the Porsche 908 driven by Steve Mc Queen and Peter Revson finally bows to Mario Andretti's Ferrari, for a few seconds only.

Steve McQueen then feels ready to participate in the 24h of Le Mans, in objective of filming his movie "Le Mans" the same year. But his financial partners refuse to insure him for the Le Mans race. The actor, running the 12h of Sebring with a foot in the plaster, following a motorcycle accident, did nothing to reassure them! It is therefore as a camera-car that the Porsche 908 finally went to Le Mans.