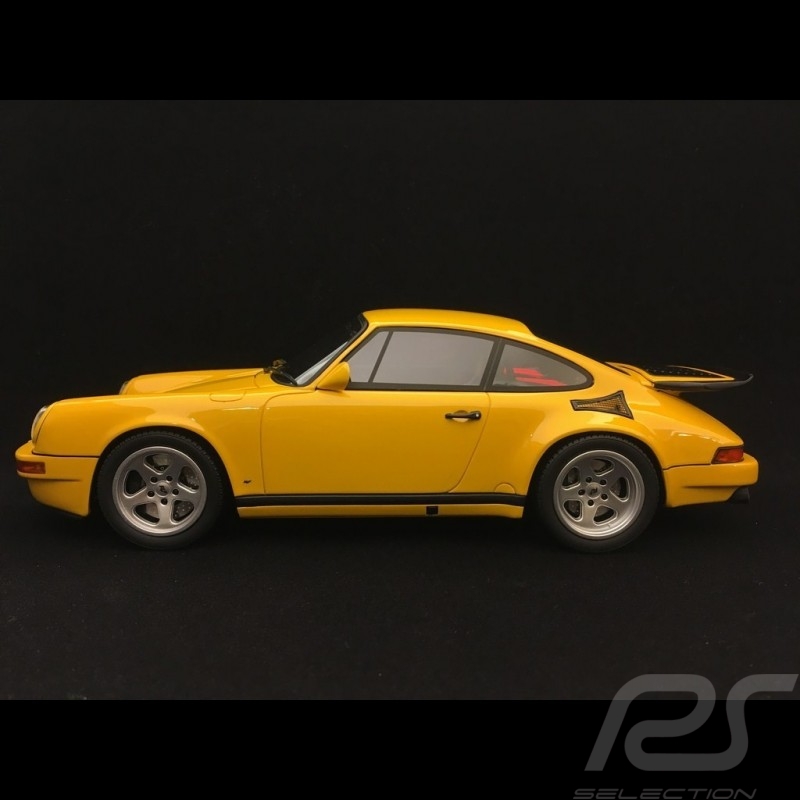 In 1987, when Ruf presents the CTR, he was already a full-fledged automaker thanks to its SCR and BTR, all based on the Porsche 911.

Immediately this new model makes sensation and catapults the 911 in the category of the supercars, very confidential at that time. Because yes, it is still based on a Porsche 911 Carrera 3.2, but deeply redesigned and boosted by two turbochargers. Result: 469 hp and a top speed officially measured at 349 km / h, a world record at the time.

It i said that the CTR had traveled by road to the speed circuit, in Nardo in italy, and left in the same after its shattering demonstration. To add to the legend, the American magazine Road & track gave it the nickname of Yellow Bird, which remained as much because of its color that of its phenomenal speed.

This exceptional model has succeeded in hitting the spirits since its stunning debut, helped in this by a production limited to 58 specimens only which makes it one of the rarest and most sought after models of 911!