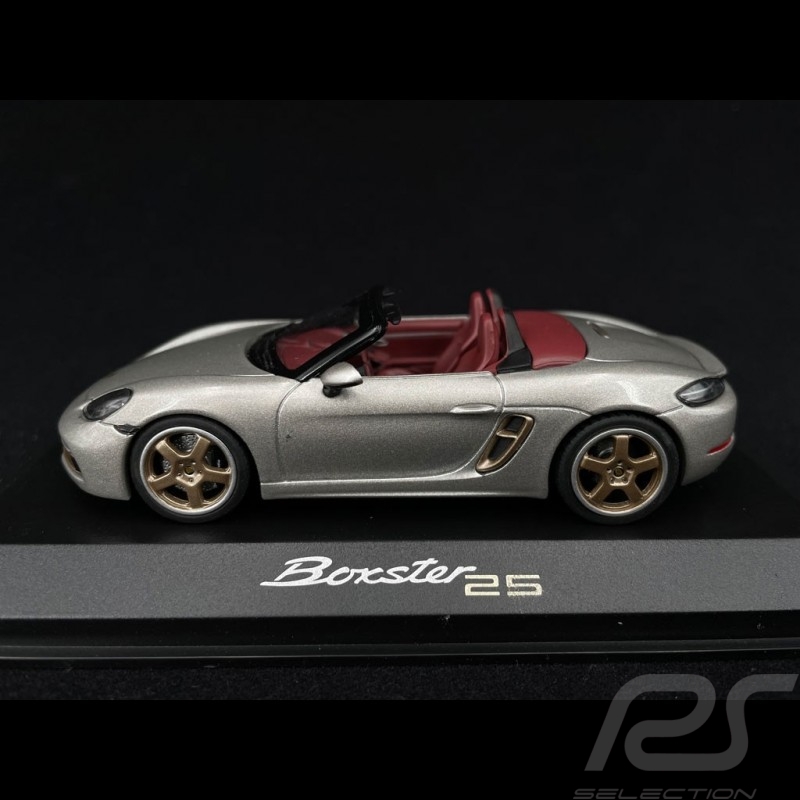 Anniversary of the Porsche Boxster edition

Based on Porsche 718 Boxster GTS

Anniversary of the Porsche Boxster edition

Based on Porsche 718 Boxster GTS

The Porsche Boxster has been traveling the roads of the planet for 25 years. From the fastest track to the most sinuous, nothing stops it : agile and manoeuvrable, the little Porsche roadster is at ease everywhere!

To celebrate this anniversary in style, Porsche is offering the Boxster 25 Years at the start of 2021. A limited edition of 1,250 copies based on the 718 Boxster GTS 4.0 and directly inspired by the concept car presented at the Detroit Motor Show in 1993.

At the time, following the enthusiasm generated by the concept, the leaders of Porsche gave a single directive to their team: do the same again, but in series. And the final version of the Porsche Boxster was finally unveiled in August 1996.

The little roadster has since sold more than 357,000 units worldwide, a real commercial success that has allowed Porsche to relaunch. And a technical success too, since the Boxster is the very first model equipped with the water-cooled flat 6.

Over the years, the small mid-engined roadster has gained prestige and build quality. Thus the Boxster 25 Years is equipped with an engine now developing 400 hp. It is capable of accelerating from 0 to 100 km/h in just 4.0 seconds and reaching a top speed of 293 km/h.

The distinctive signs of the Boxster 25 Years are directly inherited from the concept car of 1993. The grey color GT Silver Metallic of the bodywork is combined with a burgundy leather interior and a red fabric soft top. The design of the rims from the showcar is subtly reinterpreted and uses the Neodymium color.

One can see also “Boxster 25” badges, specific door sills and an aluminum pack in the cockpit. The fuel cap is labelled Porsche Exclusive, while the sports exhaust with chrome tailpipes is standard. Everything that is needed to make this model a future classic.