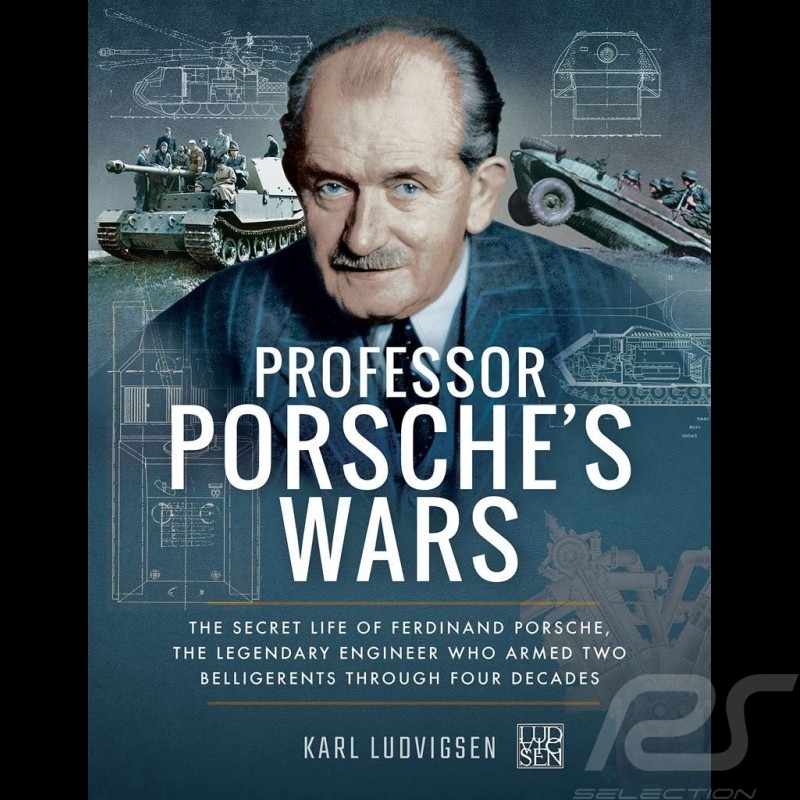 Regarded as one of the great automotive engineers of the twentieth century, Ferdinand Porsche is well remembered today for his remarkable automotive designs including the Volkswagen Beetle and Auto Union Grand Prix cars. Yet there is another side to his extraordinary career, for he was an equally inventive designer of military vehicles and machinery. In this field too he excelled. Indeed the sheer versatility of his contribution is astonishing. Karl Ludvigsen’s study is the definitive guide.

He tells the complete story, focusing on Porsche’s relations with the German armed forces and on the stream of advanced designs he was responsible for. Included are Austro Daimler’s pioneering aero engines, the Kübelwagen, Schwimmwagen, Type 100 Leopard tank, Ferdinand or Elefant tank destroyer and the astounding Type 205 Maus tank. He also describes Porsche’s creative work on aero engines, tank engines and even a turbojet for the V-1 flying bomb.

Karl Ludvigsen’s account confirms the preeminence of Ferdinand Porsche as a brilliant and prolific engineer, one of the most remarkable of his generation.

" When I asked Ernst Piech where his grandfather was during the Second World War his answer surprised me: 'Well, mainly in sleeping cars in trains between Stuttgart, Berlin and Vienna. He more or less slept in the train and worked during the day. Sometimes he stayed in a hotel, but he was more and more on trains than in hotels. He was very, very busy.

I knew anecdotally that Ferdinand Porsche was well occupied during the Second World War but this was a fresh perspective from a man who knew. Thanks to Ernst Piëch, Porsche's oldest grandson, I had a good grasp of Porsche's work in the First World War."

Chapter 2 Power to the Dual Monarchy

Chapter 3 Austria in the Air

Chapter 13 Fate of the Ferdinands

Chapter 15 The Mouse that Roared