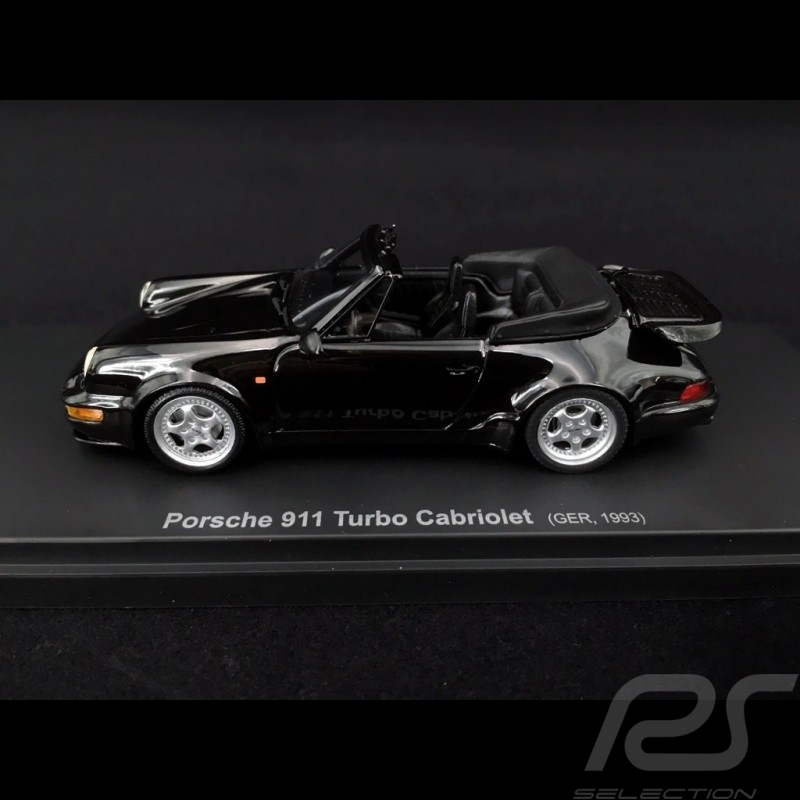 Exclusive model produced by Porsche in only 6 pieces

In 1992 and/or 1993, depending on the sources, six 964 Carrera 2 "Turbo-Look" cabriolets were removed from the production line in Zuffenhausen and sent to the Porsche Exclusive workshops, formerly known as "Sonderwisch" (Special wishes department) in Weissach. Three of these convertibles were equipped with left-hand drive for German customers, and the other three for right-hand drive, two for the United Kingdom and one for Australia.

The 964 Turbo II Cabriolet is equipped with the front spoiler lip of the Turbo (option X92) and the rear wing of the Turbo (option X93). The wheels are cast aluminum "Style Cup" of 17 "(7Jx17" tires 205 / 50ZR17 and 9Jx17 "tires 255 / 40ZR17) However, some of these 964 Turbo II Cabriolet have been equipped with alloy wheels 18" removable, alloy of aluminum manufactured by Speedline. The presence of these rims, standard on the 964 Turbo 3.6, introduced a fairly common confusion, which suggests that these models are 964 Turbo Cabriolet 3.6.