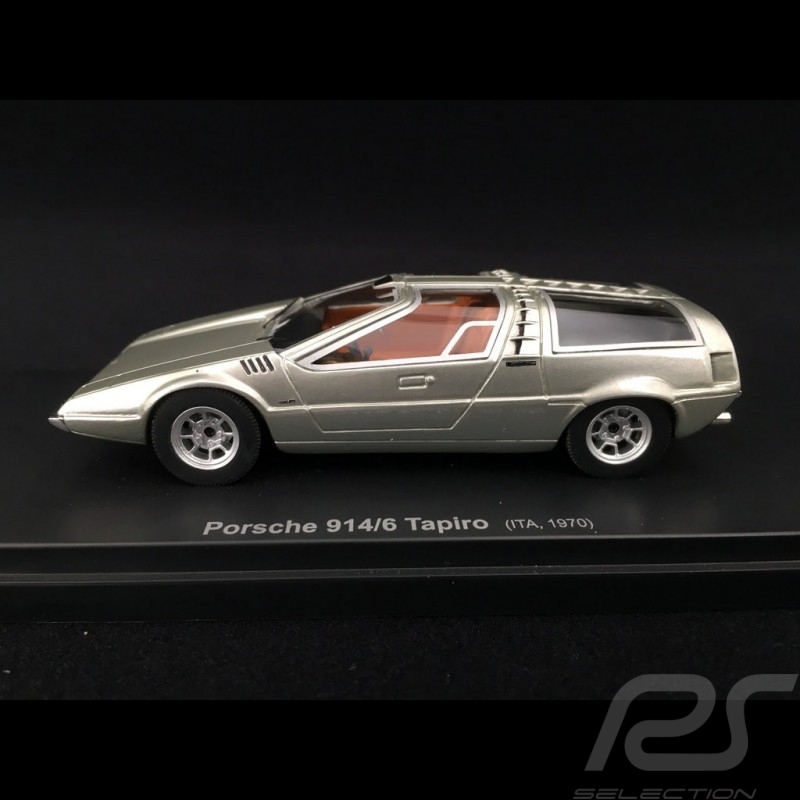 With its cornered line, a concept car typical of wedge style of the 70s, which directly inspired the DeLorean and Maserati Bora

With its cornered line, a concept car typical of wedge style of the 70s, which directly inspired the DeLorean and Maserati Bora

From its launch in 1969 the 914, fruit of the collaboration between Porsche and Volkswagen was criticized for its style. For the Turin Salon of 1970, Giorgetto Giugiaro, one year after the Alfa Romeo Iguana, decided to offer a new design.

With its almost completely angular corner line, typical of the 1970's Italian concepts, the Tapiro seems to sharpen the air and perfectly illustrates the wedge style. The Italian designer takes an idea from the De Tomaso Magusta, released three years before during his stay at Ghia, and equips the Tapiro with four butterfly doors, two for the cockpit and two for the rear luggage compartment. The interior is completely redesigned. The meter is placed in the center of the steering column while a central console connects the dashboard to the rear apron. Everything is covered with Italian leather, tinted in brown. On the engine side, the Tapiro is equipped with a flat-6 prepared by Ennio Bonomelli developing 220 hp.

After being presented in several International Trade Shows, the Tapiro concept car was bought by a Spanish industrialist who used it daily until 1980. That year, this unique model burned completely and was never rebuilt. Today, it is exposed as is at the museum Italdesign.