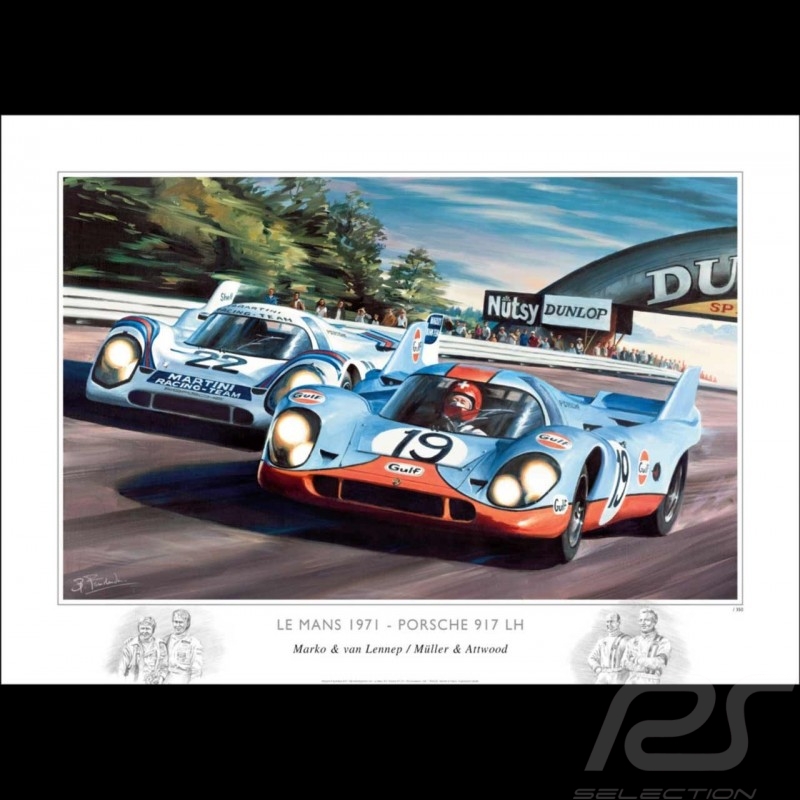 Reproduction of an original painting by Benjamin Freudenthal

Reproduction of an original painting by Benjamin Freudenthal.

Benjamin Freudenthal is drawing since his childhood. Fascinated by the magic of aviation scenes depicted on his childhood model boxes, his heart is between airplanes and cars. He explains that in a successful painting, the landscape is more important than the subject : "If you can feel the air temperature, the time of day (to the hour), and the speed of a car, then you are in the presence of a high-quality painting. The originality of the composition is also a determining factor to the final success".

This painting is a tribute to the car who took second place of the race : Müller and Atwood (GULF) finished quite far from the winners, Marko and lennep (MARTINI). But these last ones were on their way to beat the absolute speed record of le Mans : 222,304 km/h - This record remained unbeaten for 39 years ! The Porsche 917 is considered by many specialists as the best race car of the seventies. Some even call it "the race car of the century". The same year, in 1971, the Movie "le Mans" was filmed on the track. Steve Macqueen is acting in a story that tells the come back of a race driver who compete at le Mans with... a Porche 917.