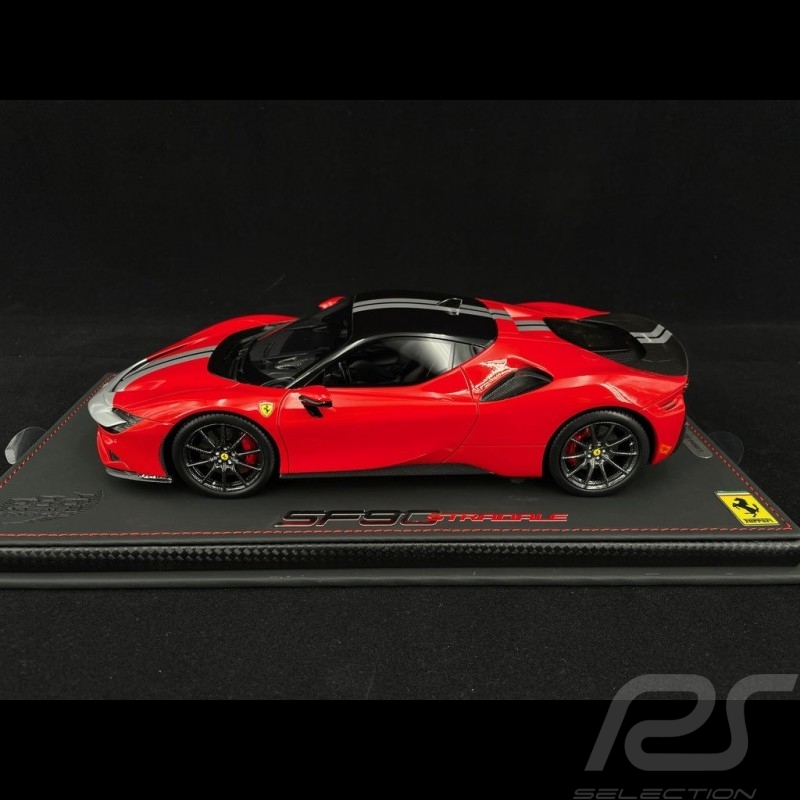 Named SF90 Stradale in reference to the 90 years of Scuderia Ferrari (SF) and to the 2019 Formula 1 Ferrari SF90, the Italian automaker's first plug-in hybrid grand touring supercar takes over in 2019 from the Ferrari LaFerrari which was limited to 500 copies, and whose electric motor only has a boost function.

Conceived by the team of Flavio Manzoni, its design is inspired by the projects of the special “One-Off” department of the brand, namely the Ferrari J50 and Ferrari SP38. It is built on a new frame made of aluminum and carbon fiber. Its dual-clutch automatic gearbox has eight gears but no reverse gear, which is performed by electric motors.

The Assetto Fiorano version of the SF90 Stradale is the version reserved for the track. It is equipped with specific shock absorbers derived from the GT series races, a carbon fiber rear spoiler, semi-slick tires, carbon panels and a titanium exhaust, for a 30 kg weight gain to the serial version.