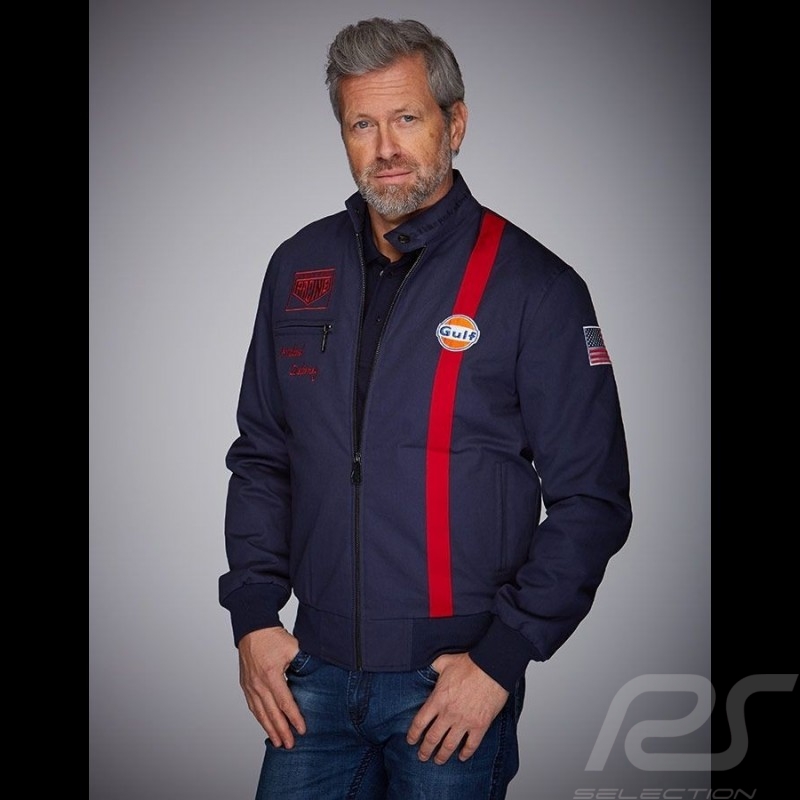 Jacket cut close to the body

Gulf and Michael Delaney embroidered logos on the chest

Zipper pull in the shape of an accelerator pedal

Steve McQueen print on the inside pocket

"One time, when I was with him, he drove a brand new convertible, with only thirty miles on the odometer, at top speed for such a long stretch of the Texas highway that the engine began to smoke and eventually caught on fire. He slowed down and shouted to me, "Clax, when i tell you to jump, jump!"

We did jump out of the car just as it burst into flames. Steve sat on the side of the country road at a safe distance from the burning vehicle and laughed his head off" - William Claxton

Forever associated with Porsche, in the movie "Le Mans», driving both his nice slate grey 911 S and the monstrous Porsche 917 GULF , wearing his famous beige jacket with red and blue stripes , Steve McQueen is " king of cool " .

Assert your wild side through the GULF collection by Selection RS!