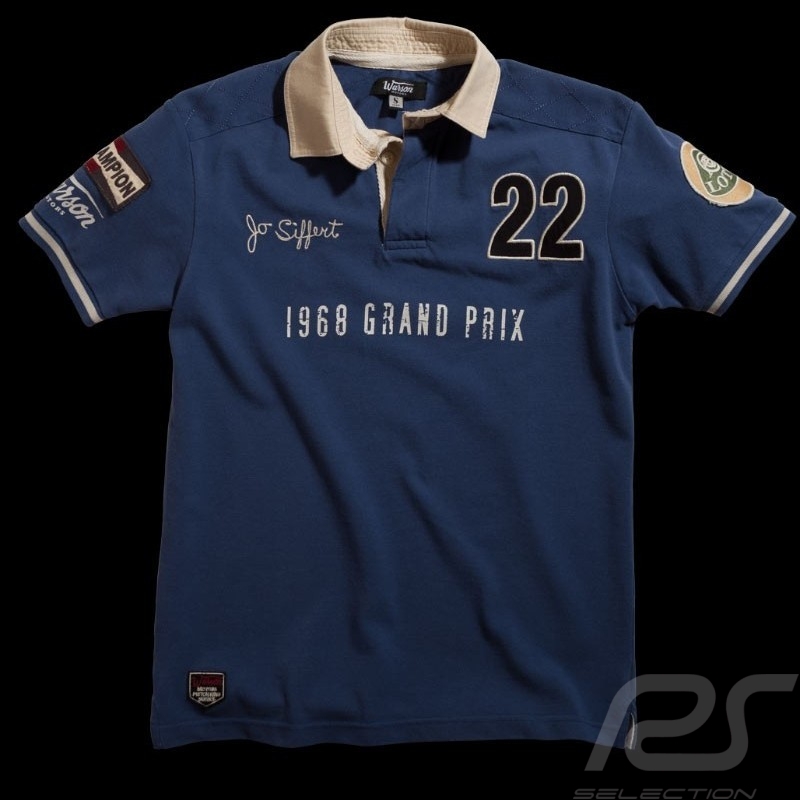 -23%
Print
Notify me when available

Homage to the first victory of Jo Siffert in Formula 1 during the Grand Prix at Brands Hatch with his Lotus 49B in 1968.

The number 22 corresponds to the starting number.

Tee-shirt with a modern cut.