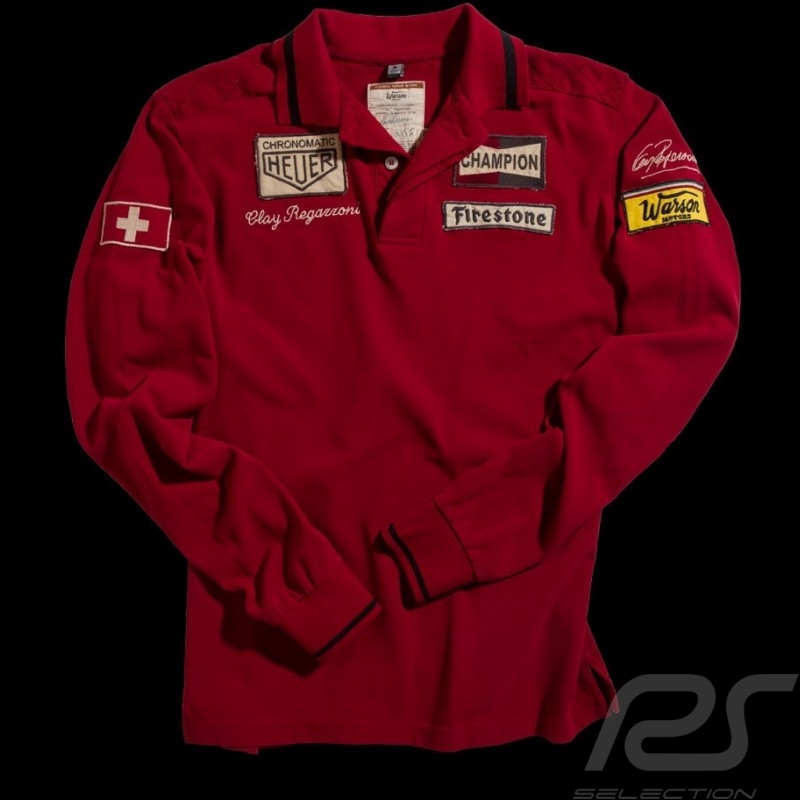 -20%
Print
Notify me when available

Homage to the first victory of Clay Regazzoni in Formula 1 during the Italian Grand Prix at Monza with his Ferrari 312B in 1970. The number 4 corresponds to the starting number.

Polo with an attractive design and a Vintage Racingbspirit.

Quilted on the shoulders and black stripe on the collar and sleeves.

Clay Regazzoni Signature on the left sleeve and chest.

Text Monza 1970 and number 4 figure embroidered on the back.

Logo with Warson signature on the left sleeve.

Various vintage logos on the front.

Iconic Swiss racing driver in Formula 1 of the 1970s, Clay Regazzoni won 5 races, including 4 for Scuderia Ferrari, with which he was vice-world champion in 1974. He also offered Williams team its first success in 1979 at the Grand Prix of Great Britain. Clay Regazzoni is one of three Swiss pilots with Jo Siffert and Emmanuel de Graffenried to have a Formula 1 victory. His Formula 1 career ended in 1980 after a very serious accident at the Grand Prix of the United States which left him paraplegic.