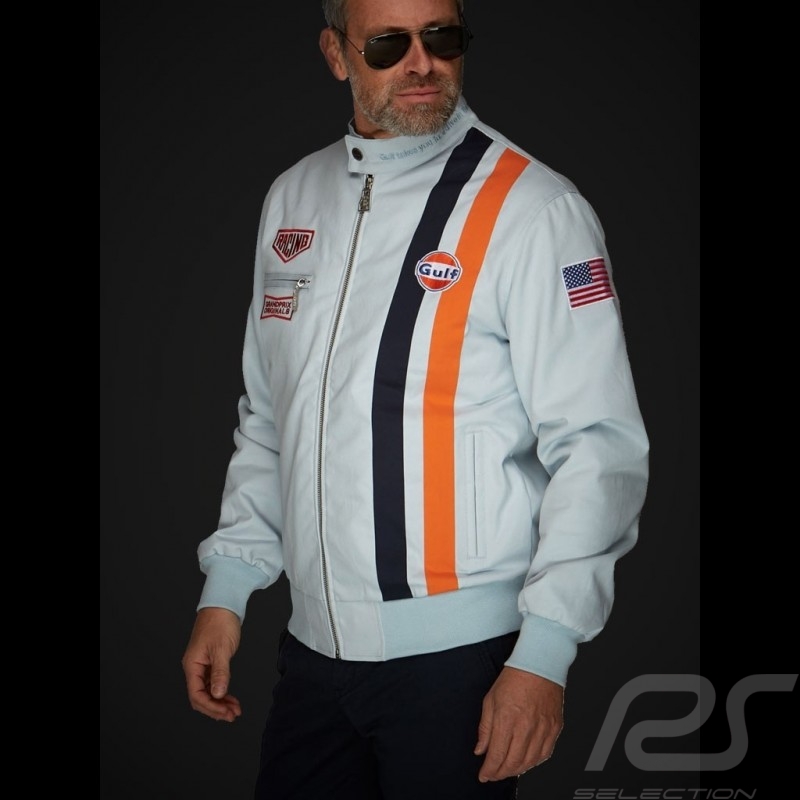 Quote from the movie poster embroidered around the neck.

917 print from the movie on one of the interior pockets.

"One time, when I was with him, he drove a brand new convertible, with only thirty miles on the odometer, at top speed for such a long stretch of the Texas highway that the engine began to smoke and eventually caught on fire. He slowed down and shouted to me, "Clax, when i tell you to jump, jump!"

We did jump out of the car just as it burst into flames. Steve sat on the side of the country road at a safe distance from the burning vehicle and laughed his head off" - William Claxton

Forever associated with Porsche, in the movie "Le Mans», driving both his nice slate grey 911 S and the monstrous Porsche 917 GULF , wearing his famous beige jacket with red and blue stripes , Steve McQueen is " king of cool " .

Assert your wild side through the GULF collection by Selection RS!