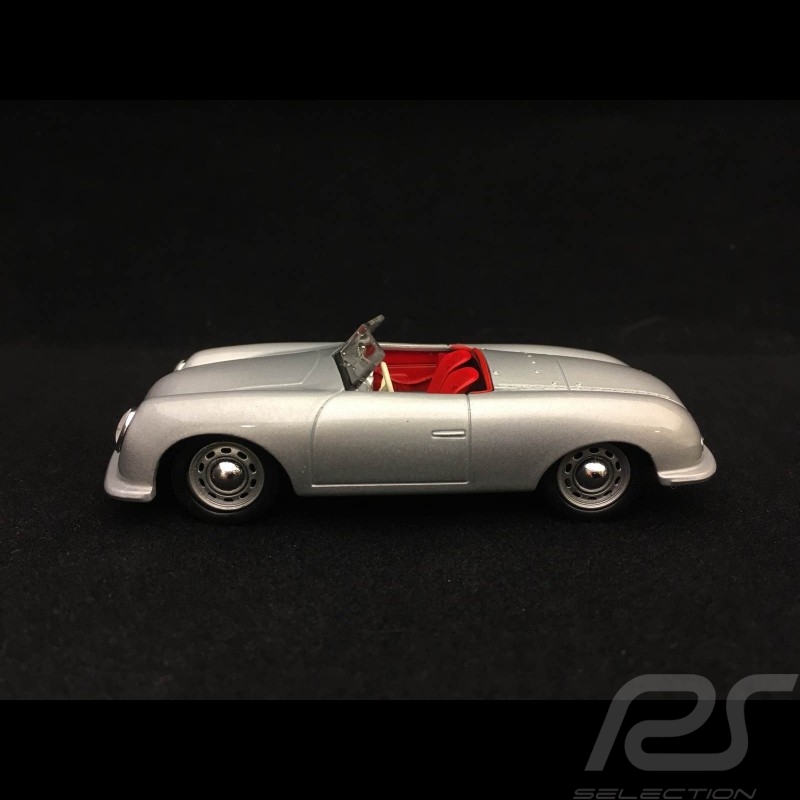 Ferdinand Porsche is no longer to be introduced. A self-taught engineer, he made sensation for the first time in 1900 with a revolutionary electric vehicle, followed by several legendary racing cars from the 1910s. His design studio, created in 1931, is largely responsible for the design of the Volkswagen Beetle, one of the most sold cars in the twentieth century.

At the end of the Second World War, the Porsche studio multiplies projects in order to revive. Project number 356, a fully hand-made aluminum sports car, comes to life on June 8, 1948. Road tests start the same day in the Austrian Alps, in the presence of Ferdinand Porsche and his son Ferry.

This day, the prototype number 1 becomes the very first Porsche in history to hit the road, 9 months before its official presentation at the Geneva Motor Show of 1949. From there, under the name of Porsche 356, the car will sell for some 78,000 copies, well beyond the original forecasts of its creators.