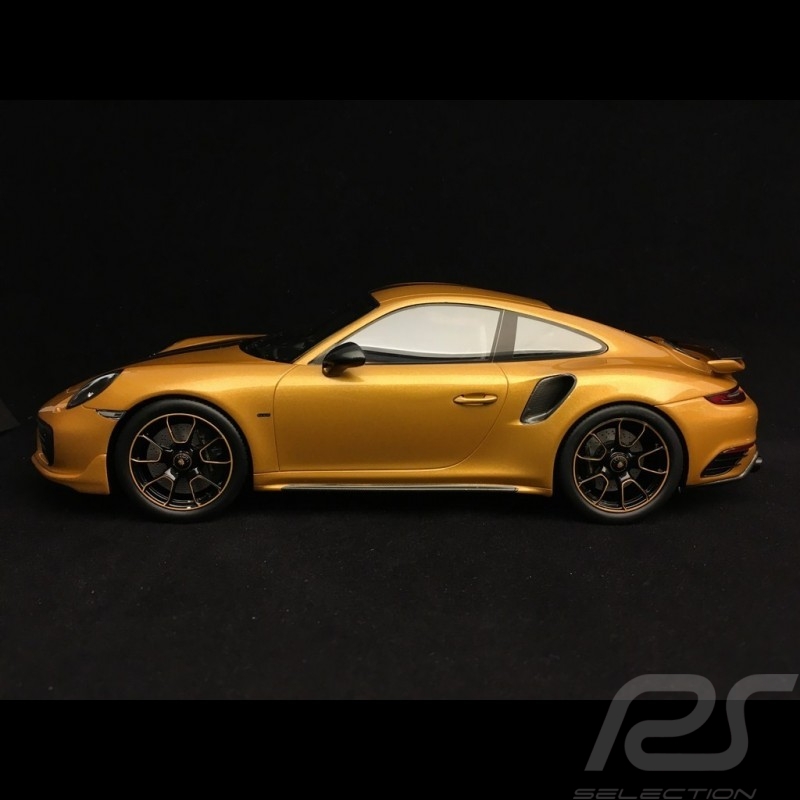 This will not be a reason for any claim

The exterior design is many things – except ordinary. Lightweight construction from front spoiler to rear wing. The defining material: carbon. The colour: Golden Yellow Metallic. The paintwork: applied by hand. With multiple sanding steps to achieve a perfect transition from the top coat in Golden Yellow Metallic to two clear-coat stripes. These reveal the core of the lightweight concept: the carbon structure of the front lid and roof. The striking contouring inside the two carbon-weave stripes further accentuates the sporty look of the 911 Turbo S Exclusive Series.