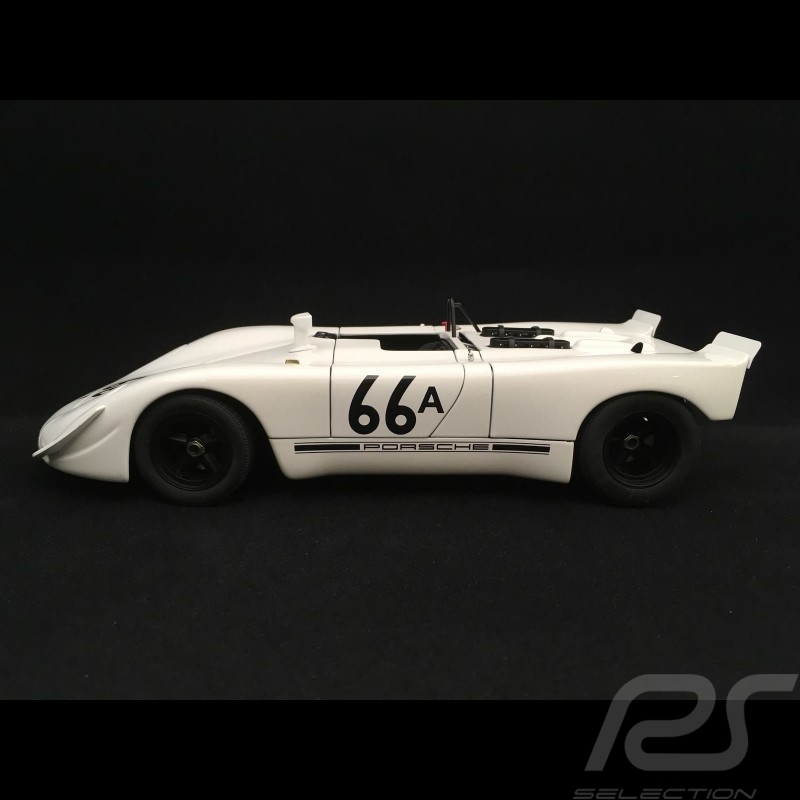 This will not be a reason for any claim

In February 1970, Steve McQueen makes a thunderous debut with the Porsche 908 Spyder and wins his first official race on the Hotville, California track. He sprays the record lap, held until then by an Alfa Romeo 33.

It was at the initiative of Johnny von Neumann, Porsche distributor in California, that the actor found himself driving the 908. At that time, Von Neumann had gathered a team of professionals with in particular the former pilot of Formula 1 Richie Ginther as team leader and Haig Alltounian as chief mechanic, to run the all-new Porsche 917 in the Can-Am series. The results were not at the rendezvous (the 917 was not powerful enough!) But the small team became very competitive.

That's when Von Neumann meets Steve McQueen. He quickly suggest that the actor buy a Porsche 908, and offer him the help of the Can-Am team. He spotted an unused 908 at the German factory, a long-tail coupe that raced in Daytona for the Porsche team and converted back into spyder in 1969. This is the car that McQueen's company, Solar Productions, buys and transports to California.

Soon, Richie Ginther's team strives to make it competitive and the first tests take place in Willow Springs, Southern California, in January 1970. Steve McQueen loves the 908 and his natural gift as pilot, already glimpsed on speedster Porsche and others Lotus, magnified by the advice of Ginther, makes him ready for his first race, at Holtville, and his first victory !

A second national race then follow in Riverside, with an retirement on mechanical problem, then a race in Phoenix with a class victory and another lap record. Just before the big international meeting of the 12 hours of Sebring, at which the actor who is now a pilot will be distinguished again.